On Monday, July 4, Everything Everywhere (EE), the British telecom operator and partner of the FA, revealed an awareness campaign ahead of the upcoming UEFA Women’s Championship which begins on Wednesday, July 6 in England.

Indeed, EE unveiled a team of ambassadors called “Hope United”, Committed to tackling gender hate online ahead of this summer’s UEFA Women’s European Championship with a series of digital speaking posts on how to take a stand and take action against this issue.

A recent YouGov survey commissioned by EE found that 52% of the UK general public do not believe the internet is a safe place for women, and 60% of the UK believe that not enough is being done to tackle misogyny both online and offline.. Additionally, nearly half (46%) of people who have seen or experienced online sexism have done nothing about it, while 63% of men in the UK believe that men are more responsible than women for their online misogynistic behavior. Internet, compared to 70% of women.

In response to these findings, EE Hope United will bring together professional footballers to highlight the positive impact men can have by becoming women’s allies at the Euros this summer, encouraging them to take charge and fight the problem of sexual abuse when seen online. And in other places.

EE Hope United will appear in a series of video content sharing digital skills ; Free online resources that explain how to challenge and report online misogyny. Topics covered will include how to block accounts, report online hate, mute and filter offensive content, and how to diversify your social media feed by following more female voices.

EE has also partnered with HateLab, a global hub for hate data, crime and intelligence, to provide every player with their very own Hope United jersey. Using behavioral data, which pulls information from each player’s social media account, the T-shirts show a visual representation of how people talk about it online, conveying feelings associated with hope (such as love, empathy, or inspiration) and hate (such as sex or gender discrimination) in a single visual color and style. , creating a unique design for each team member. The T-shirts will be available for purchase and all proceeds will be donated to Cybersmile, a non-profit organization to combat cyberbullying. 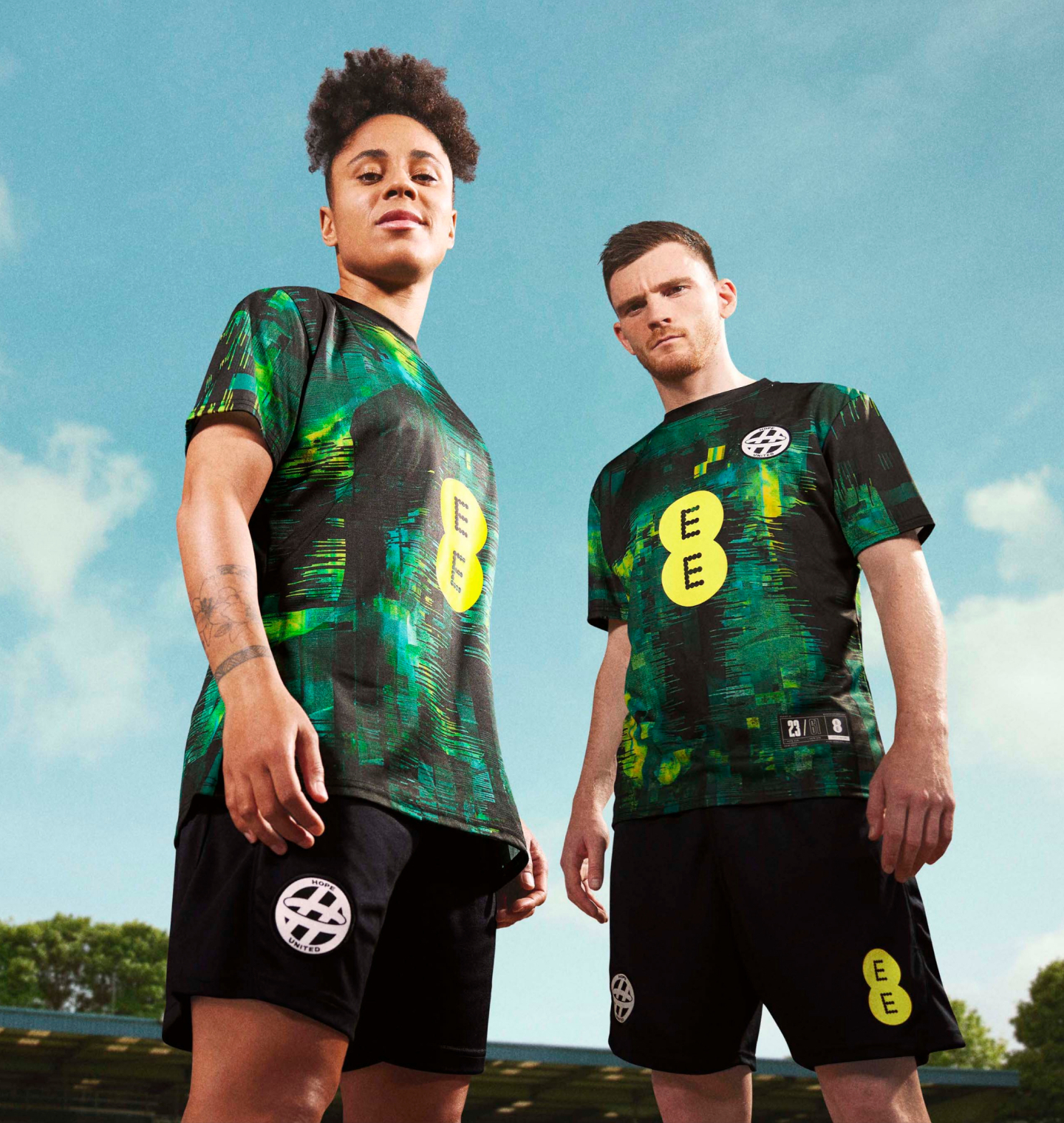 Leading the ubiquitous Hope United will be led by England men’s soccer coach and manager Gareth Southgate, who a few weeks ago made a moving appeal to men across the UK. Encouraging them to be spectators, not spectators.

Mark Allera, CEO of EE . commented : “While the majority will rightly support the athletes participating in the European Women’s Championship this summer, there will be a vociferous minority who will try to condemn and discredit women’s football.

“Now, more than ever, it is imperative that we come together to stand up for hope rather than hate, and to let men bear the problem: that’s why EE Hope United will continue to help shape a safer online world, giving others confidence and knowledge – how to help Speak up and end sexual hate online. »

Lucy Bronze of Hope United commented: “As female footballers, the sad truth is that we now anticipate gender abuse on an almost daily basis: not only has this become an inevitable part of the game, it has also become a part of women’s lives in the public eye. But it shouldn’t be It is. That’s why we’re calling on men to be women’s allies this summer and help end sexism online. It’s great to see so many men’s soccer players on the team: it gives me confidence that we can make a difference.”

Gareth Southgate, Director of Hope United added and concluded: “The simple truth is that men can do better. Sexism and misogyny is unfortunate anywhere and in any context, and EE’s Hope United will need to educate men and will work to educate men that they are in a unique position to help end this: not only by Observe their own behavior, but the behavior of others, and if possible. And denounce it and stop it.”

The campaign is a continuation of the Hope United initiative launched in 2021, ahead of the UEFA European Championship. Hope United aims to combat all forms of hate online by supporting change and educating the nation on how to protect themselves online and be good digital citizens. It contributes to BT Skills for Tomorrow’s ambitious goal of reaching 25 million people with the skills they need to make the most of life in the digital world by 2025. In line with BT’s goal of being online forever, the new ambition aims to help more enjoy People across the UK have the skills they need to stay connected and tackle the digital divide.

As the main partner of the four national football associations, EE is committed to providing new opportunities to advance digital initiatives and skills while encouraging a new generation of girls and women to get involved in football.