(YOUSCRIBE) – The Orange Guinea Foundation, in partnership with the YouScribe digital library, has launched the first edition of the Guinean Book Prize, effective May 20, 2022, an award aimed at highlighting Guinean literary talent.

The Guinean Book Prize was born out of the desire of the Orange Guinea Foundation and YouScribe Digital Library to promote the diversity and editorial wealth of Guinea.

For Orange Guinea, this includes both To make the authors visible, to encourage the emergence of publishing houses but also to arouse a passion for reading, particularly in Guinean authors. She shares this vision with YouScribe, whose library promotes connecting authors with their readers on the African continent, and most recently also in Guinea.

The Guinean Book Prize is open to all Guinean publishers and authors who have published a title between January 2020 and December 2021. It provides the opportunity for new literary talents to be placed at the forefront of the Guinean and international literary scene.

For the 2022 edition, authors and publishers have one (1) month, from May 20 to June 20, 2022, to submit their texts and attempt to win the first edition of this award. The upcoming issues will be launched during 72h du Livre, which is an annual meeting place for book lovers.

At the end of submissions, ten titles will be selected by a reading committee made up of FOG Partners Consortium members in order to submit them for a public vote on the YouScribe platform.

The event will feature three books, one of which will be nominated for the Guinean Book Prize 2022 from the Orange Guinea Foundation.

The winner will receive 10,000,000 GNF in addition to support for holding and participating in meetings, dedications and readings. YouScribe will also offer each of the three finalist authors a one-year subscription to our rich digital library of several thousand content. To find out more, go here

About the Orange Guinea Foundation

The Orange Guinea Foundation was established in 2015 with a strong desire to support communities, especially vulnerable ones, in their development. To do this, it intervenes in the areas of health (mother and child), culture and education (using digital as a real lever). Digital Schools, Digital Homes, and Orange Village programs reach more than 40,000 beneficiaries; In terms of health, more than 34,000 families have benefited from their mobilization program against COVID-19 and 2,600 consultations have been carried out in the health centers that have been built. In culture, it works hand in hand with associations to promote and preserve heritage, ensure access to it in primary schools and contribute to the emergence of talent.

With over a million books, audiobooks and digital educational documents in its catalog, and with nearly 700,000 subscribers, YouScribe is the largest digital library in the French-speaking countries in the world. More than 1,400 publishers have contributed their catalogs. The offer is available in three languages ​​(French, English, Arabic). The company features Challenge Digital Africa organized by AFD (French Development Agency), French Tech and Bpifrance. YouScribe has been sponsored by the French National Commission for UNESCO, and has signed an agreement with the OIF (International Organization of Francophonie), and AUF (University Agency of Francophonie) to promote the French language. YouScribe is powered by Digital Virgo, the leading operator in mobile payments and digital marketing. 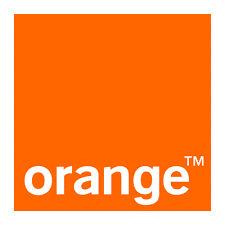